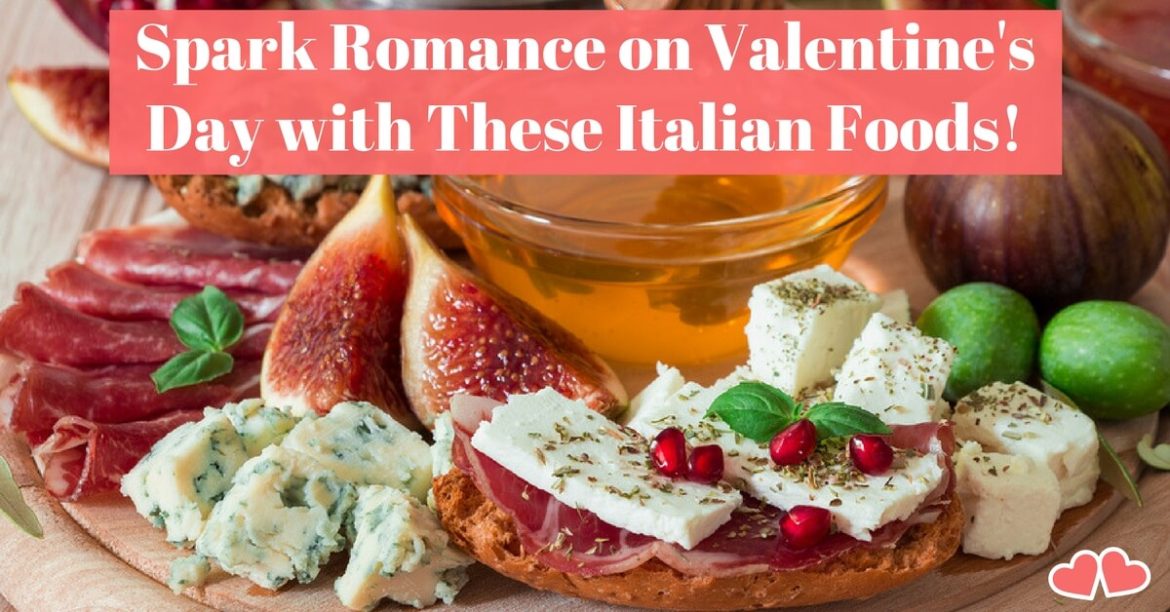 Chocolate. Oysters. Honey. We’ve all heard about foods that have historically been considered aphrodisiacs. The word aphrodisiac comes from the Greek goddess Aphrodite, the goddess of love.

Foods with aphrodisiac qualities were believed to enhance appeal, provoke desire, and evoke love. In cuisines of the ancient worlds, aphrodisiac foods stimulate our senses – and on a more scientific level, play a certain role in opening our blood vessels, enhance our concentration, and give us a “feel-good” effect in our bodies.

There are many foods that are natural aphrodisiacs – and some of them can be found in Italian cuisine! Here are some of the most common ones.

Artichoke has been found in Italian cuisine since the time of the ancient Romans. It first appeared in written history in the book Naturalis Historia by Pliny the Elder (77AD) as cardus. Ancient Romans preserved artichokes in honey and vinegar, seasoned with cumin, and ate them year-round. Over the course of history, artichoke has been used in many dishes, and even has been distilled as a liqueur, cynar.

It is believed that artichoke is an aphrodisiac because of how it is eaten, peeled slowly layer by layer, exposing an inner heart.

In Italy, you’ll find three kinds of asparagus (green, white, and purple). Throughout Italian cuisine, asparagus is often prepared simply, with olive oil or paired with ham or eggs. Beyond Italian cuisine, asparagus has been used in traditional Chinese medicine to treat infertility, as it keeps your circulation healthy. In certain Middle Eastern cuisines, asparagus is often paired with egg and seasoned with saffron to encourage romance.

Here at Cucina Toscana, you’ll find asparagus in a soup with zucchini and truffle oil (truffle is another aphrodisiac – see below!), as well as tossed with our creamy risotto verdura, along with mushrooms and parmesan cheese.

For ancient Romans, basil was considered the “herb of love.” In Tuscany, basil is also known as amorino – “a little love.” Perhaps the association of love comes from basil’s slightly heart-shaped leaves. Basil is considered an aphrodisiac for many reasons: its alluring fragrance, which has also made it popular for use in the perfume industry.

Basil is used widely across Italian cuisine, in pesto, paired with raw tomato, and cooked into sauces. You’ll find basil in many dishes throughout our menu at Cucina Toscana, both as a primary ingredient and as a supplementary one!

Peppers, with their spice and bright red color, have long been associated with romance. Hot, spicy peppers activate endorphins (the good-feeling chemicals) in our brains, speed up our heart rates, and make us sweat – everything one feels when we start falling in love!

At Cucina Toscana, get your chilies in our spicy tomato sauces, which you’ll find topping our homemade gnocchi or with crab on our tagliolini.

Figs have appeared throughout history in culture – literature, culinary arts, visual arts – as one of the sexiest fruits. From their shape to their texture and flavor, figs have historically been a favorite aphrodisiac. Historians have pointed to the fig as one of the original fruits in the Garden of Eden, along with the apple, as a forbidden fruit.

Along with its long, symbolic history, figs are one of the healthiest fruits, high in iron and potassium, along with antioxidants. In Italian cuisine, figs are served raw or cooked, and sometimes preserved in honey (another aphrodisiac!).

Here at Cucina Toscana, you’ll find roasted figs served alongside rosemary and fennel (both also aphrodisiacs!) in our duck entrée, anatra in porchetta.

Sometimes, a food is considered an aphrodisiac for its luxury and rarity. The truffle mushroom is one of the world’s rarest foods. Food historians believe that truffles acquired their aphrodisiac status due to their scent, which has been compared to the musky and entrancing scent of pheromones.

We’ve previously explored the history of truffles here. For an extra romantic dish, consider our asparagus soup – which combines asparagus and truffle oil!

Looking for a romantic meal this Valentine’s Day? Reserve a table with us at Cucina Toscana today!

Call today to book a romantic evening with your loved one or a fun filled night with family or friends.
(801) 328-3463