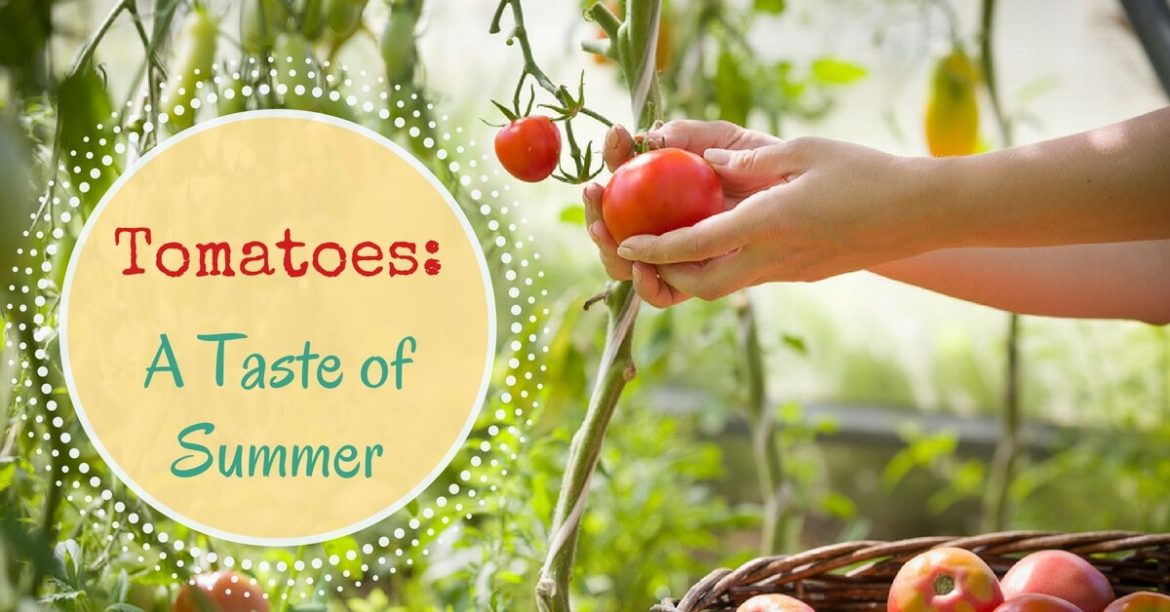 Tomatoes are, without a doubt, one of the most iconic foods in Italian cuisine. From raw to roasted to sauced, tomatoes appear in nearly every course of the Italian meal and in overwhelming number of dishes, regardless of the region.

According to National Geographic, “To a botanist, a fruit is an entity that develops from the fertilized ovary of a flower. This means that tomatoes, squash, pumpkins, cucumbers, peppers, eggplants, corn kernels, and bean and pea pods are all fruits; so are apples, pears, peaches, apricots, melons, and mangos. A vegetable, botanically, is any edible part of a plant that doesn’t happen to be a fruit, as in leaves (spinach, lettuce, cabbage), roots (carrots, beets, turnips), stems (asparagus), tubers (potatoes), bulbs (onions), and flowers (cauliflower and broccoli).”

However, the classification of the tomato as a fruit has long been contested in history. In 1886, a botanically-minded importer by the name of John Nix claimed that he did not have to pay tax on shipments of West Indian tomatoes because they were a fruit. The tax was meant for “foreign vegetables,” which meant “the tomato – a fruit – should be tax-exempt.” Unfortunately for Nix, the Supreme Court ruled in 1893 that the tomato was a “vegetable.”

According to Supreme Court Justice Horace Gray, “Botanically speaking, tomatoes are the fruit of the vine, just as are cucumbers, squashes, beans, and peas. But in the common language of the people all these vegetables are usually served at dinner in with, or after the soup, fish, or meat, which constitute the principal part of the repast, and not, like fruits, generally as dessert.”
[/cs_text][x_custom_headline level=”h2″ looks_like=”h4″ accent=”false”]Tomatoes: The Golden Fruit of Italy[/x_custom_headline][cs_text]If 19th century Americans were insistent on considering tomatoes as vegetables, one might argue that Italians saw it quite different! In Italian, Pomodoro comes from pomo d’oro, which translates to “golden fruit” or “golden apple.”

Though tomatoes are widely connected with Italian cuisine, isn’t it ironic that they are not originally from Italy? According to Nello’s Italy, “The first written account of a tomato in Italy dates to 1548 and it was in Tuscany. In that account, the fruit, incorrectly aligned with the eggplant, was given the name ‘pomidoro,’ or if we break the word into its natural components, ‘pomi d’oro,’ golden fruits…The pomodoro’s rise in Italy was not a quick one. In fact, many of the Italian dishes we consider ‘staples’ that use tomatoes are actually quite young, born in the late 19th century when the tomato saw its greatest expansion throughout Italy.”

When tomatoes first arrived in Italy, in the late 15th and 16th centuries, they were in fact met with suspicion – it was one of the first foods to come to Italy on the return journey of colonizers of the “New World.” Tomatoes began to thrive in the southern regions of Italy, with the Mediterranean climate. Over time, the popularity of the tomato spread throughout the country, even to the originally suspicious northern regions. [/cs_text][x_custom_headline level=”h2″ looks_like=”h4″ accent=”false”]Varieties of Italian Tomatoes[/x_custom_headline][cs_text]The varieties of Italian tomatoes are dependent on the region in which they are found. In Naples and Campania, the best-known variety is the San Marzano, a plum tomato that is thin and pointed in shape. The San Marzano is one of the most popular tomatoes, thanks to its distinct, bittersweet flavor and versatility in different dishes. For example, a 28-ounce can of whole, peeled San Marzano tomatoes is one of the four ingredients in Marcella Hazan’s famous tomato sauce.

Other notable tomatoes include Cuore di Bue (“heart of ox”), or “beefsteak” tomatoes, named for their heft and size. Cuore di Bue is found commonly in Liguria and Calabria, and is used in fresh sauces, jams, and salads. Roma tomatoes, of course, are from Rome, while Venice’s tomato is a curious color, a spectrum from green to red. These are known as Nasone del Cavallino.

And, in our restaurant’s namesake Tuscany, the most-loved tomato is the Pisanello, named for the 15th century Renaissance painter. Noted for its flat, round shape, Pisanello tomatoes are found in the classic bruschetta with garlic and olive oil. Another Tuscan favorite is the wrinkled Grinzoso tomato, used commonly in salads.