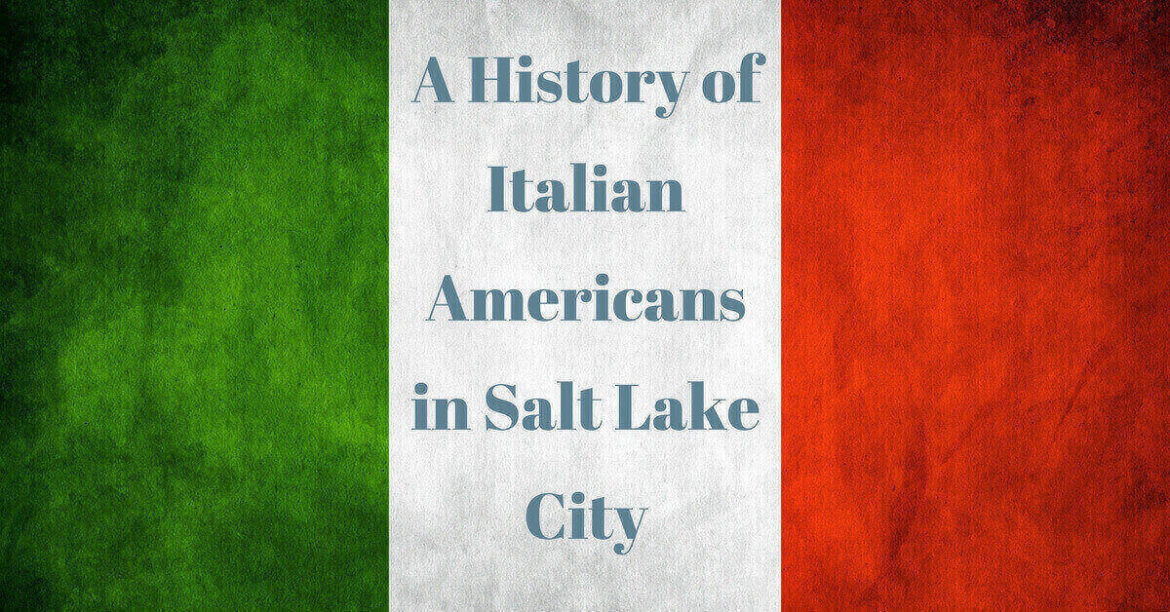 The United States is a nation of immigrants, with a long history of newcomers settling in vastly different parts of the country and contributing to the life and labor of a place. In Utah and Salt Lake City, Italian immigrants settled most significantly between 1880 and 1920, as large numbers of people began to leave due to agricultural depressions. While many immigrants settled on the East Coast, a large number of Italians came to Utah for religious and agricultural reasons.

Cucina Toscana is proud to be one of Salt Lake City’s finest Italian restaurants. Today, we explore the history of Italian Americans in both the USA and Salt Lake City, Utah.

Italian Immigrants in the late-19th and early-2oth Century

Some of the first Europeans to set foot on what would become North America were Italian: Christopher Columbus, Amerigo Vespucci, and John Cabot (the Anglicized form of Giovanni Caboto). However, it would be few more centuries before Italians arrived in great numbers on American soil.

Between the periods of the American Revolutionary War and the American Civil War, Italians were present in small numbers, with approximately 1,500 Italian men fighting for the side of American independence from England. In the early 19th century, a few Italian explorers made their way West, with Alessandro Malaspina mapping much of the West Coast between 1789 and 1791. Another explorer, Giacomo Beltrami, was responsible for mapping out the headwater region of the Mississippi River between 1822 and 1823. During this period, Jesuit and Catholic priests were present, setting up missionaries in different parts of the United States.

By the time of the American Civil War, an estimated 7,000 Italian Americans served as soldiers and officers on both sides of the conflict (with a greater number serving on the side of the Union Army, due to ideological reasons). As the United States began to expand further westward, Italian immigrants were employed, along with the Irish and the Chinese, in building the Transcontinental Railroad, which opened up the west to more and more immigration. In 1869, Italian Americans organized the first “Columbus Day” celebration in San Francisco. As the 19th century drew to a close, more Italian Americans were becoming involved in politics and academia countrywide.

The Great Arrival of Italians to the USA

Between 1890 and 1917, there was a max influx of Italian immigrants to the United States, due to a number of economic and political issues in Italy. A countrywide unification of Italy in 1861 caused conflicts and economic problems throughout the various regions, particularly in the South and Sicily. As a result, many Italians in these regions decided to emigrate to the United States, where there were many opportunities for employment, especially in the years after the American Civil War. An estimated 13 million Italians entered the United States between 1880 and 1915. This “Great Arrival” is one of the largest acts of voluntary migration recorded in world history.

Upon arriving in the United States, a number of challenges faced Italians. As with many new immigrants, there was the challenge of learning English and finding employment. For many Italian immigrants, a lack of knowledge of English and limited education meant that low-wage jobs were the only option. Another challenge that faced Italian immigrants was housing. Many people tended to live in “Little Italy” neighborhoods scattered around the country; conditions in these neighborhoods tended to be crowded with sanitation issues that could lead to outbreaks of disease.

At the same time, these neighborhoods were fertile grounds for rich, cultural growth, with Italian theater, concerts, recitals, puppet shows, and festivals designed to carry out traditions from ancestral villages. Over time, the flavors and textures of Italian cuisine made their way into the American culinary lexicon, with Italian American food experiencing a boom by the middle of the 20th century.

In Utah, there are two main waves of Italian immigrants. The first recorded Italian pioneer to Utah is Joseph Toronto, who came in 1848. In the first wave, between 1850 and 1880, Italian immigrants who were Mormon converts made their way to Utah. Approximately 50 people from Turin, Italy, were recorded in Salt Lake Valley during this time. Between 1890 and the 1920s, Utah experienced a second wave of Italian immigrants, with thousands of people coming from various parts of Italy, especially the Southern regions (Calabria and Sicily), with some Northerners (Piedmont and Trentino). Italian immigrants settled in three main counties: Salt Lake, Carbon, and Weber, and worked in railroad and mining industries.

During this period, a Little Italy neighborhood popped up on the west side of Salt Lake City, near the Rio Grande Station. Grocery stores selling Italian foods began to grow in this area, and a Catholic parish, St. Patrick, was established. In the 1920s, Fortunato Anselmo was the Vice Consul of Italy of Salt Lake City, volunteering on behalf of the welfare of new Italian immigrants to Salt Lake City.