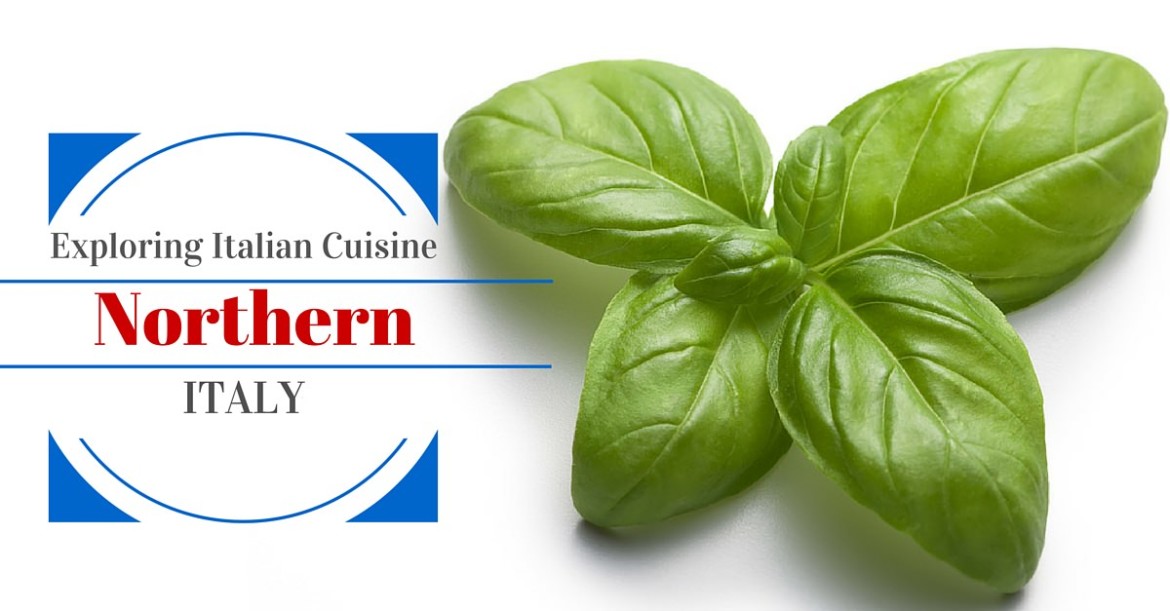 Italy is a small country, but the characteristic “boot” shape stretches across an immense region, with the northern part sharing borders with France, Switzerland, Austria, and Slovenia, with the Mediterranean bordering its west coast, and with its east coast across the Adriatic Sea from Croatia, Bosnia and Herzegovina, Albania, and Greece. Italy’s regional cuisines express influences from both the geography and the country’s neighbors, while maintaining a distinct regional flavor. As a result, there is no singular “Italian cuisine.” We begin this exploration with Northern Italian cuisine. 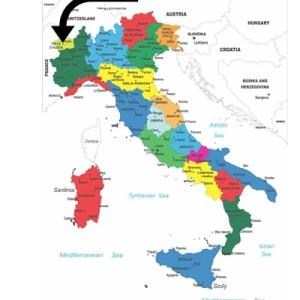 Far up north, tucked near the Alps, is the tiny Val d’Aosta region, which showcases strong influences of French and Swiss cuisine. Hearty, warm stews are popular here, with the capriolo alla valdostana, a venison stew infused with grappa, the popular dessert wine from this region. The renowned Italian cheese fontina is also produced in the Val d’Aosta region and is featured in the local specialty cotoletta alla valdostana (veal chop covered in fontina and ham). 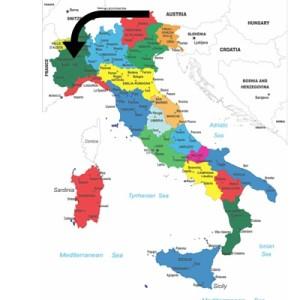 In nearby Piemonte, otherwise known as the Piedmont region, we find other mountain­based cheeses such as robiola, a sheep cheese, and tumin, a white mountain cheese served with red pepper and olive oil. Here, fonduta is the culinary pride – a fondue­like concoction of melted cheese that consists of milk, eggs and white truffles. Piedmont is also home to the popular porcini mushroom. 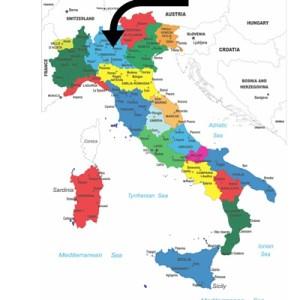 Within the Lombardy region, the diverse geography produces a number of famous dishes based on rice and grains, such as minestrone alla Milanese and risotto alla Milanese. Pumpkin ravioli is a specialty of Lombardy, as well as the veal dish osso bucco. The region is also known for certain famous soft, rich cheeses as gorgonzola and mascarpone.

Moving east, we encounter the Trentino­ Alto Adige region, showing strong culinary influences from Germany and Hungary. Here we find gnocchi, perhaps inspired by potato dumplings of Germanic origin, as well as hearty soups and stews with red cabbage and paprika, not unlike Hungary’s goulash. 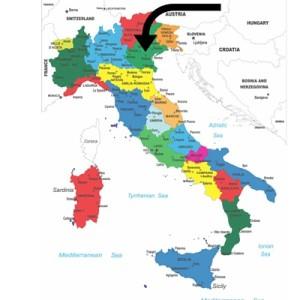 As we move toward the eastern boundary of the North, we encounter the cornfields of Friuli­ Venezia, where polenta is a popular staple. Known for its prosciutto di San Daniele, considered one of the best in Italy, Friuli­Venezia cuisine, like Veneto cuisine, showcases influences from its Germanic and Slavic neighbors, with boiled pork, cabbage, potatoes, and goulash dumplings. Pastries in this region reflect an Austrian influence, with delicate fruits and pastry layers. 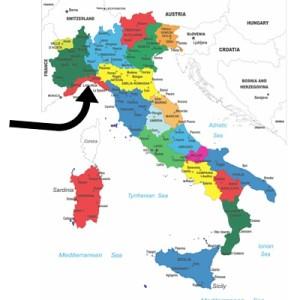 On the western boundary, the Liguria region is the diametric opposite of the Friuli­Venezia, with a decidedly lighter, Mediterranean flavor. Mushroom, nuts, cod, and rabbit are all featured in the dishes of Liguria, with pesto being the most famous of the dishes from this region. Unlike other cuisines of Northern Italy, Liguria is known for its exquisite olive oil, which is a key in producing world­class pesto. Liguria’s proximity to the ocean provides swordfish, sea bass, tuna, and sardines, which feature prominently in their cuisine as well.

Join us for an overview of Italy’s Central cuisine and Southern Cuisine.