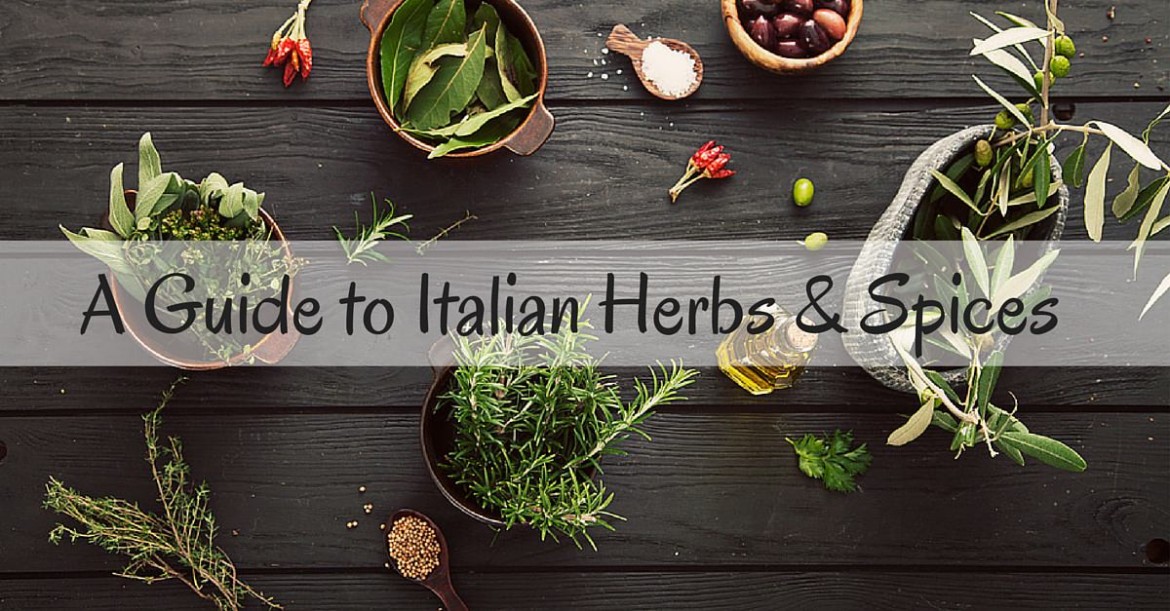 In the early years of ancient Rome, food was prepared simply, without much in terms of herbs and spices. During the Roman Empire, the cuisine had a makeover from simple preparations to strong flavors, influenced by use of herbs and spices. Recorded in De re coquinaria, a 1st century CE cookbook – known at the time as an apicius – recipes called for “heavy use of spices and herbs.” These days, Italian cuisine often calls for fresh herbs and spices, enhancing the flavor, color, and texture of the dishes.

Herbs and spices are used in dishes, historically, for their health benefits as well as to enhance the flavor of the dish. Below is an overview of common Italian herbs and spices – as well as what they add to a dish and our culinary experience.

Parsley (prezzemolo, in Italian), of the flat-leaf variety, is one of the most commonly used herbs in Italian cooking. Parsley is found commonly in seafood and vegetable sauces, and in most pasta dishes, sauces, and soups. It is appreciated in Italian cuisine for its complement to spicy dishes, and is used in bouquet garni – along with bay leaves, thyme, rosemary, and sage. Its health benefits include vitamins A, B, and C, as well as iron, iodine, and magnesium. Parsley is a great breath freshener – which is why it is commonly found paired with garlic!

Basil (basilico, in Italian) is another major herb in Italian cuisine, like parsley. Though it is most commonly linked with Italian cooking, it actually came to Europe by way of the spice trade from India. Basil brings freshness to any dish, and pairs extremely well with cheeses, tomatoes, garlic, and lemon. It is used in countless Italian dishes, perhaps most famously in the Caprese salad. Its antibacterial properties also bring health benefits to the table.

Bay leaves (alloro, in Italian) can be traced back to ancient Greek mythology as the laurel tree. The laurel tree grows abundantly in Italy and is used in the cuisine of diverse regions. This spicy leaf is often added to soups, sauces, and stews for a kick of well-rounded flavor. It is also used to flavor meat and seafood dishes, pickled with vegetables, and as one component of the bouquet garni. Bay leaves offer a source of vitamins A and C, as well as folic acid, potassium, calcium, and iron.

Sage (salvia, in Italian) is used internationally for its many healthy properties. It is used to clear out energy in certain rituals, and it is also a key element in Italian cuisine. Sage’s Italian name comes from the Latin root that means “health.” People have used sage for its anti-inflammatory properties, as well as its aid with digestion. Sage is used in Italian cooking with pasta dishes such as gnocchi and risotto, as well as roasted meats and in soups. Known as a “miracle herb,” sage is used in great quantity in Italian cuisine.

Rosemary (rosmarino, in Italian), like bay leaves, grow in abundance in Italy. A hardy plant, rosemary is known for its peppery, woody flavor. In Italian cuisine, rosemary is often used in roasted vegetable or meat preparations, as well as in bouquet garni to flavor stocks and stews.  Rosemary also brings with it a long symbolic history, as a token of friendship and as a way to chase away bad dreams. Its health properties include iron, calcium, dietary fiber, and antioxidants.

Oregano (origano, in Italian) is ubiquitous in the United States and became popular in the States following WWI, when soldiers brought it back to America. Ironically, oregano is not as commonly used in Italian cooking as other herbs, such as parsley or basil. Oregano is more flavorful in its dried form and is used more commonly in southern Italian and Sicilian dishes. Health benefits of oregano include high amounts of Omega-3s, iron, manganese, and antioxidants. It is used as an essential oil for its antibacterial properties.