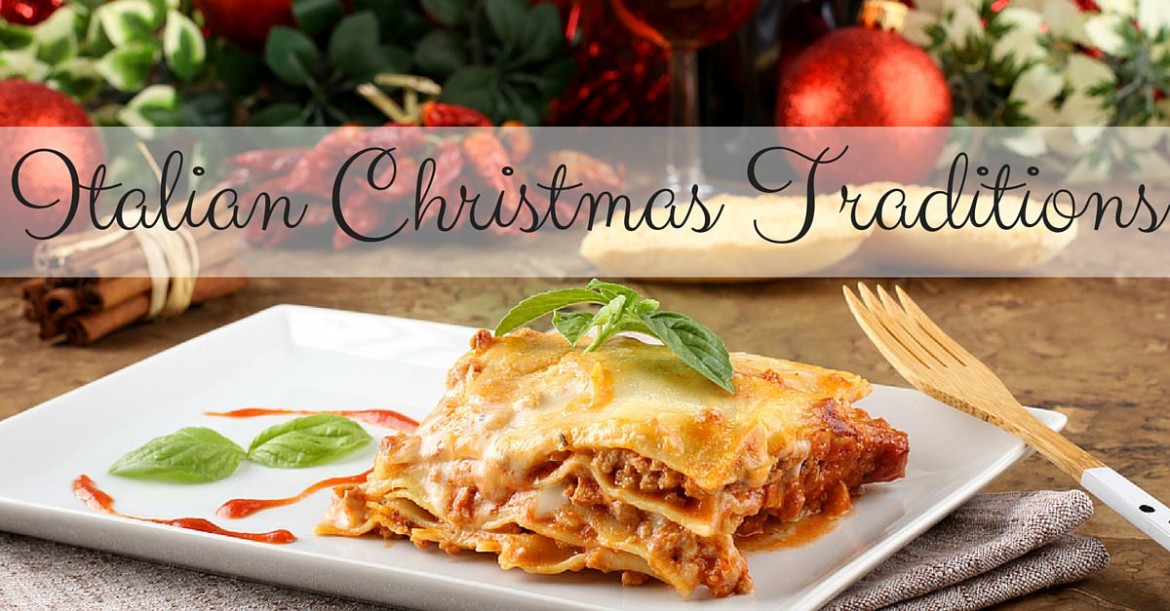 Natale is the Italian word for Christmas, and people generally greet each other with “Buon Natale!”In Italy, Natale spans from December 24 through January 6, with some feasts and celebrations occurring earlier in the month of December. Christmas is the time where Italian families come together, share meals, and celebrate with gifts.

This festival celebrates Madonna, the Virgin Mary and is important for Catholic Italians. During this celebration, a procession carries around a Marunnuzza for two days. It is also the time that people begin to decorate Christmas trees in their homes.

St. Lucia was originally celebrated on the Winter Solstice, the shortest day of the year, but with the modern calendar, the day has been moved to December 13. Because St. Lucia is the patron saint of sight, children write her a letter saying that they have been good and leave a plate of food for her and her donkey. During the night, St. Lucia visits homes on her donkey with gifts, and in the morning, children wake up to see what she has brought.

The Christmas Eve dinner is a light meal with no meat, and it is usually eaten before going to Midnight Mass. Antipasti dishes usually include fish and seafood, while first courses are pastas with cheese and vegetables. Pasta dishes vary, depending on the region.

Christmas Day lunches are full of rich pasta dishes, meat, and dessert. As with traditional Italian meals, the Christmas Day feast may go on for hours, with many guests. Antipasti dishes usually comprise of cured meats, olives, and cheeses. Pasta dishes are often baked: in central and southern regions, there is the pasta al forno, while in the north, lasagne verdi alla Bolognese is served. Filled pastas are also popular, with rich sauces. Second courses boast roasted or braised meats. Desserts include pizzelles, and cookies such as amaretti and chocolate hazelnut.

On the day after Christmas, Italians have another feast, Santo Stefano’s Lunch. This meal is usually hosted for distant relatives, with different courses served. In the case where there are no relatives visiting, people will eat leftovers or try innovative recipes with leftovers from the night before.

This Christian feast takes place 12 days after Christmas and recalls the story of the Three Kings who were guided by a star to bring gifts to Baby Jesus. This feast is rooted in Pagan traditions, when gifts were brought by Befana, an old lady who came during the night with presents for children. During Epiphany, children who were good will find sweets in their stockings while children who were naughty will, as usual, find coal!

From all of us at Cucina Toscana, we wish you and your family a happy, healthy holiday!