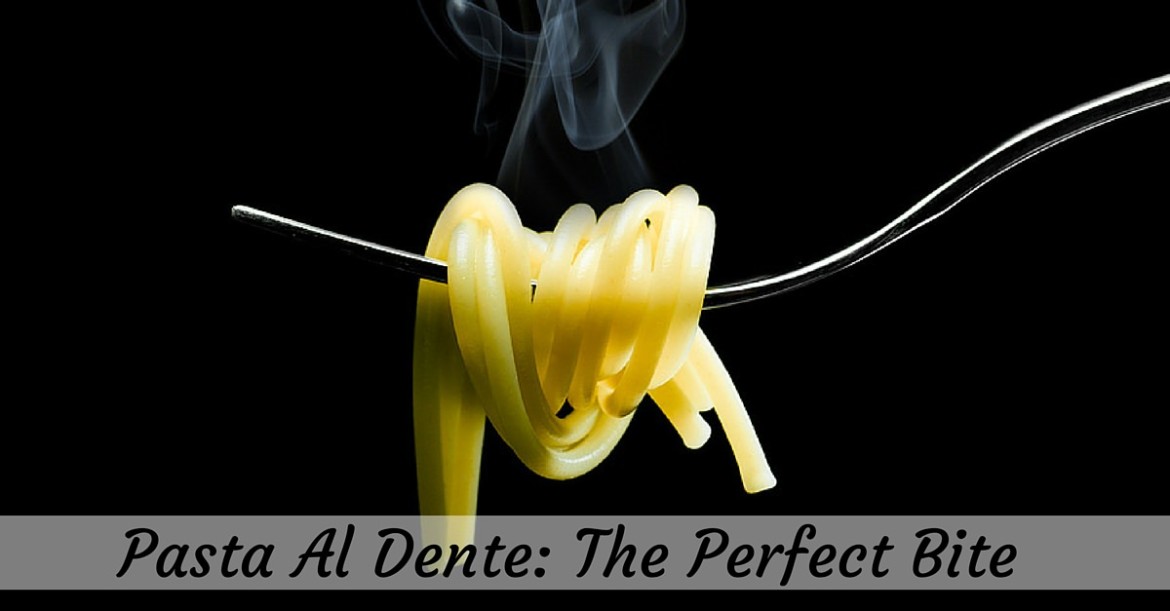 Al dente is known universally as the degree of firmness at which pasta is best served. But where did it come from, and when did it become the preference? To answer this question, we’ll have to travel back in time.

The Origins of Pasta

Pasta can be traced back to the very early centuries of our ancestors, as early as the 6th century. In the 9th century, Syrian texts name the preparation of semolina dough shaped into strings and dried as “itriya,” while in 11th century Paris, they were called “little worms.” In the 13th century, the term “macaroni” appeared and was applied to all different shapes – not just the curved elbows we know today. During the medieval times, pastas were made from fermented doughs and served moist and soft with cheeses or wrapped around fillings.

Coming out of the medieval period, cooks in southern Italy began the practice that we recognize today known as pastasciutta – dry pasta – featured as the main component of a dish. The dry pasta is served with a light amount of sauce or in soups and stews. The production of semolina (durum wheat) pasta was headquartered in Naples, with its climate ideal for drying noodles.

By the 18th century, the production of pasta had become mechanized. Pasta grew in popularity on Neapolitan street corners and was common in the rest of Italy. In the tradition of quintessential street food, the meal must be quick and filling. As a result, the practice of cooking pasta for minutes was born – with people in Naples preferring the firm toothiness of quick-cooked pasta. This preferred method for cooking and consuming pasta became ubiquitous in Italy by the 19th century.

The term al dente appeared after World War I; its etymology is the Italian phrase “to the tooth.” In the 20th century, the production of pasta has grown to a global scale, with countries all over the world mechanically producing mass amounts of durum wheat pasta.

At the same time, there are pockets of small-scale pasta makers who have returned to the craft of dry pasta making, focusing on texture, using old-fashioned dies to shape the pasta, and drying the wheat at a lower temperature for a longer period of time, which is said to enhance pasta flavor.

According to food scientist and writer Harold McGee, author of On Food and Cooking, pasta should be cooked “in 10 or more times its weight of vigorously boiling water (around 5 quarts or liters water per ound/500 gm). This allows for the pasta’s absorption of 1.6-1.8 times its weight, and leaves plenty to dilute the starch that escapes during cooking, and to separate the noodles from each other so that they cook evenly and without sticking.”

He also writes, “Cooking pasta al dente means stopping the cooking when the center of the noodle still remains slightly underdone and offers some resistance to chewing. Pasta is sometimes cooked just short of this point and then finished in the sauce that will dress it.”