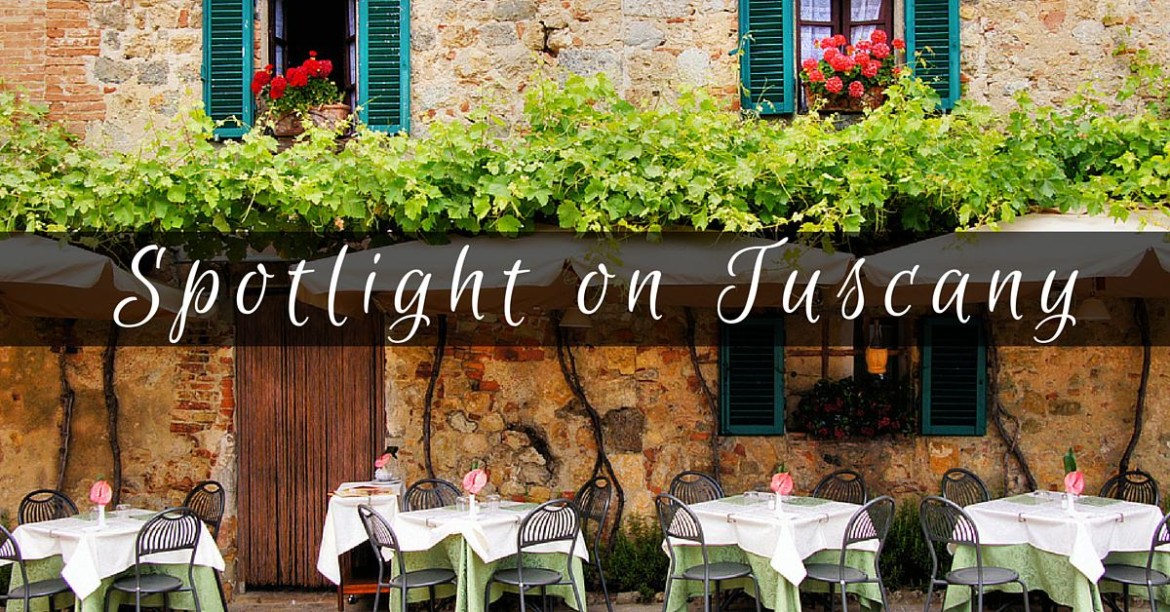 Cucina Toscana gets its name from Tuscany, a region of Italy that traces back to the Iron Age. Tuscany has a long history as the hub of culture, thought, and the arts in Italy — and cuisine!

Now a vibrant cornerstone of Italian culture and cuisine, the region of Tuscany was a pre-Roman settlement. Geographically speaking, Tuscany is located in the central area of Italy and is known for its rolling landscapes. It is bordered on the west by the Thyrrhenian Sea, and the regions of Emilia-Romagna, Umbria, and Lazio on the east.

Through the course of early history of the region and after the fall of the Western Roman Empire, Tuscany remained an important trading area, and was known for banking and silk. Many pilgrims traveled through Tuscany between Rome and France, which developed a culture around food and shelter, growing into taverns. As a major trading hub in the ancient world, Tuscany received many cultural and culinary influences from merchants passing through.

By the Renaissance period of Europe, Tuscany became a major cultural force with contributions from Florence. The Medici family were important patrons of the sciences and the arts, which elevated Florence as an intellectual hub. Through the 16th to 18th centuries, Tuscany was ruled by Medici dukes, followed by Hapsburg-Lorraine rulers and Napoleon Bonaparte, who gave his sister Elisa the honorary title of Grand Duchess of Tuscany.

Tuscany became a part of modern Italy in 1860.

Tuscany has long been one of the wealthiest regions of Italy – not only in terms of culture, but in terms of cuisine. With its long history of courtly life, many people say that the heart of Italian cooking can be located in Tuscany.

Because of the diversity of Tuscany’s geography, the region boasts some of the most varied dishes in Italy. Game meats are popular in Tuscany, such as wild boar, hare, fallow deer, roe deer, and pheasant. These meats are often roasted or braised, and served over pappardelle. Tuscany’s simple, fresh presentations are inspired by the ancient diets of the Etruscans. Food from the market defines the idea of seasonal cooking in Tuscan cuisine. With bright notes from garlic, basil, and other herbs,  Tuscan cuisine is simple but flavorful.

With its history as a trading region, Tuscan cuisine also has elements of quick and filling street food, inspired by the workers coming through. Stewed tripe is a Tuscan favorite, as is quick sautéed vegetables and sturdy, filling beans.

Didn’t some famous travel writer once say that the best way to know a place is to eat the food? If you want a taste of Tuscany, visit us at Cucina Toscana!