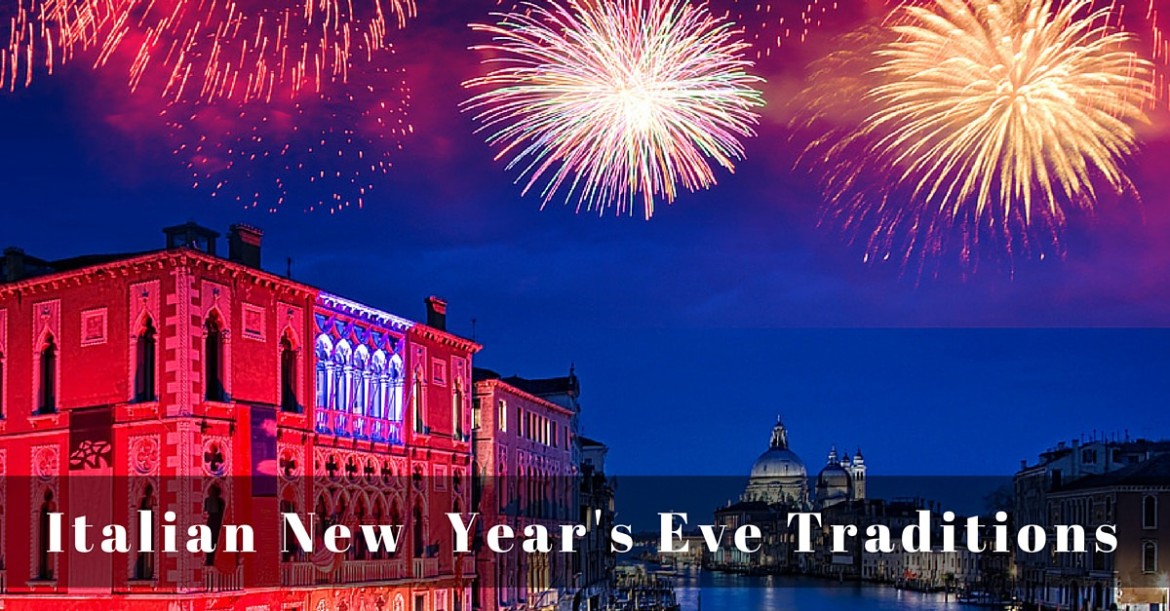 In Italy, a large part of the New Year’s Eve celebration is letting go of the old year. So, on New Year’s Eve, Italians will throw out old items as a symbolic gesture of letting go of the past. They will throw away old clothes, furniture, pots, and pans – out the window! These days, this tradition is no longer as common in Italy, but beware for an odd pan flying through the air.

To ward off evil spirits who do not like fire and as an invitation to the Virgin Mary, the Yule Log is burned on the last day of the year. The ashes that remain are used to protect the house. Another way to scare off bad omens in the coming year is to smash glassware such as plates and vases and pottery.

Both men and women wear red undergarments and lingerie to bring about love and good fortune, as well as fertility. The day after, these undergarments are thrown away for best results!

As with many places in the world, fireworks are popular to scare away bad spirits and to brighten up the new year.

The New Year’s Eve dinner is a rich, hearty affair to symbolize abundance and wealth for the upcoming year. Many different cultures use legumes (lentils, peas, and beans) as a symbol of wealth, due to their resemblance to coins. On New Year’s Eve dinner, Italians usually eat cotechino con lenticchie (sausages and green lentils), at the stroke of midnight.  The sausages, which are high in fat content and therefore symbolize abundance, are sliced to resemble coins as well, calling for financial wealth.

In some parts of Italy, rice represents coins; as such, risotto is served as a traditional New Year’s Eve dinner. Raisins, thought to represent good luck, are served as well. At dessert, grapes are served, symbolizing that wisdom and frugal spending.

In ancient Rome, to ring in the New Year, people gifted each other honey and figs, to represent a sweet new year, and a bay branch for good fortune. A similar tradition continues in Naples, where figs are wrapped in laurel leaves.

From all of us at Cucina Toscana, we wish a happy, bountiful  New Year to you and your family!